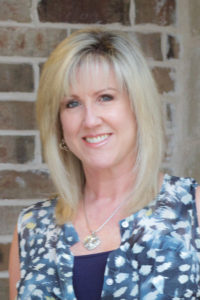 Dealing effectively with grief is the best new beginning.  ~ the Grief Recovery Institute

This is my story.

The early years were rough. My twenties were spent figuring out how to care for and like myself, take care of my sons as a single mother, build a career and be in a healthy relationship. With a lot of hard work, I entered my thirties in pretty good shape. I married a second time in 1996. By my mid-thirties, I was in a strong marriage going on five years and our blended family was working out well. Combined, my husband and I had three beautiful, very active boys. They were all into athletics playing baseball, football, or soccer. We had found a rhythm managing activities while still being able to advance our careers in Technology. As busy as we were, we still had amazing times together as a couple. My life felt better than ever before.

It all crashed in January of 2001 when my oldest son, at fifteen, was diagnosed with a rare neuro-genetic degenerative disease called Metachromatic Leukodystrophy (MLD). The devastating news included that there was no cure, meaning over time, my son would progress into a vegetative state.  I was dumbfounded and felt like I entered a nightmare. I grappled with thinking about how I might outlive my first-born son. Life, as I knew it, was definitely over.

The next fourteen months was a world-wind (for lack of better words). After working through minimal options, my son and I moved to Minnesota, leaving the rest of the family in Texas, so that he could undergo stem-cell transplant. My son wanted to contribute to research, not progress into a vegetative state. The transplant was suppose to slow the progression of the disease and buy us time. With no cure, we simply needed time. The odds were not in our favor but we remained hopeful. Unfortunately, it didn’t work out. Eight months post transplant, complications from the transplant protocol, took my son’s life. April 2003, I experienced the unfathomable. I watched my son take his last breath.

Some people say a chapter ends so another can start. I felt a door slam and was scared that another would never open. I didn’t know what to do or how to go about doing it. With my son gone, there was this ongoing overwhelming emotional pain. And at the same time, an insistence that I figure out how to get through. It was confusing. I didn’t know how one was to live out the rest of their lives in so much pain. The only thing I could do, was believe I was strong enough and hopefully… over time, heal. I had no choice but to adjust to a “new” normal.

Over the next few years, I read books, went to therapists, attended support groups among other things, but nothing was enough. Those things were not all in vain. Therapy helped me to shift how I thought about some things which was helpful. Support groups helped me feel less alone but at the same time, it felt like watching people relive their losses over and over.  As far as I could see, there was no help and no way to recover in a way my life was fully meaningful. At the end of the day, my son was gone and it continually affected me. Over time, without having better choices, I learned to act as if I was fine.

Twelve years after my son died, I was introduced to the Grief Recovery Method® (GRM). At the time, I was working towards becoming certified as a Health Coach followed by Life Coach.  It didn’t take long to figure out I had to help myself before I could help others. Meaning, I needed to deal with my grief. I was lucky to have a fellow coach recommend the Grief Recovery Institute.

I learned about the GRM and within a week of completion, I felt like a ton of bricks had been lifted. I felt hopeful, more resolved, less haunted and began remembering more of the good stuff. I felt lighter and surprisingly, happier. The profound impact the program had on me is why I immediately invested in becoming a certified grief recovery specialist myself. I didn’t want anyone to carry emotional pain as long as I did.

Learning to grieve the loss of my son AND to heal my own past is how I help others. If a loss is new or decades old and you know there is more to life than simply surviving, click here.

You have nothing to lose and everything to gain by learning more.

If you get hung up on the idea of grief RECOVERY, look here.